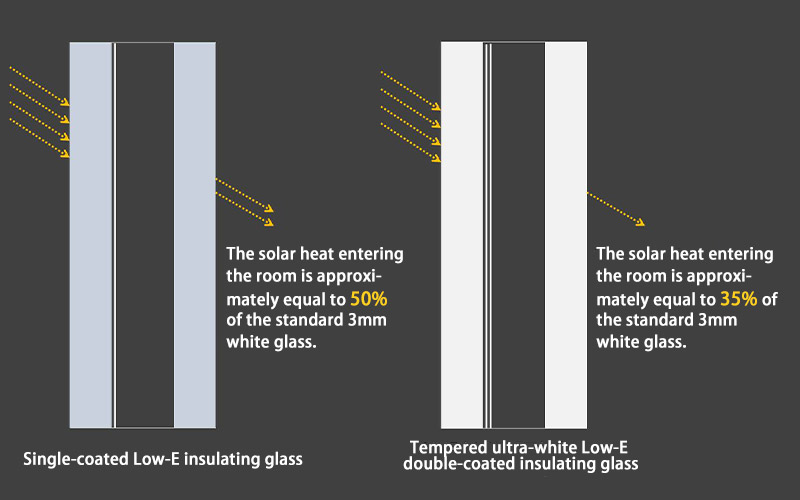 I.Overview of the electromagnetic spectrum

The electromagnetic spectrum can be arranged in the order of wavelength or frequency. If the frequency of each band is arranged from low to high, they are power frequency electromagnetic waves, radio waves, infrared rays, visible light, ultraviolet rays, X-rays and γ- rays. The wavelength of radio is the longest, and cosmic rays have the shortest wavelength. 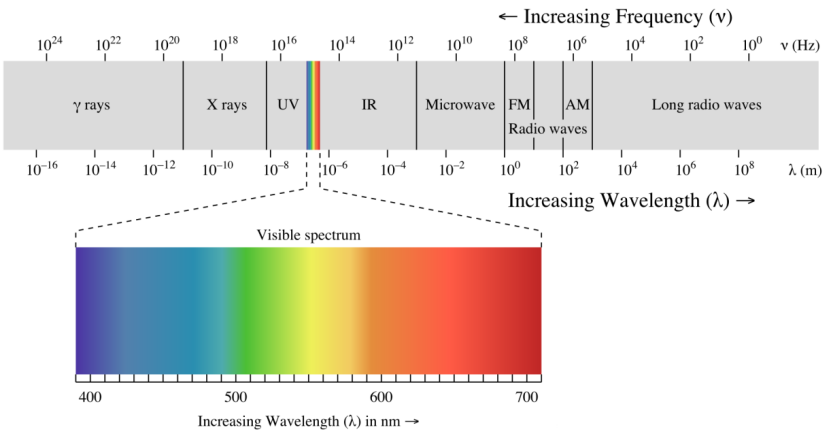 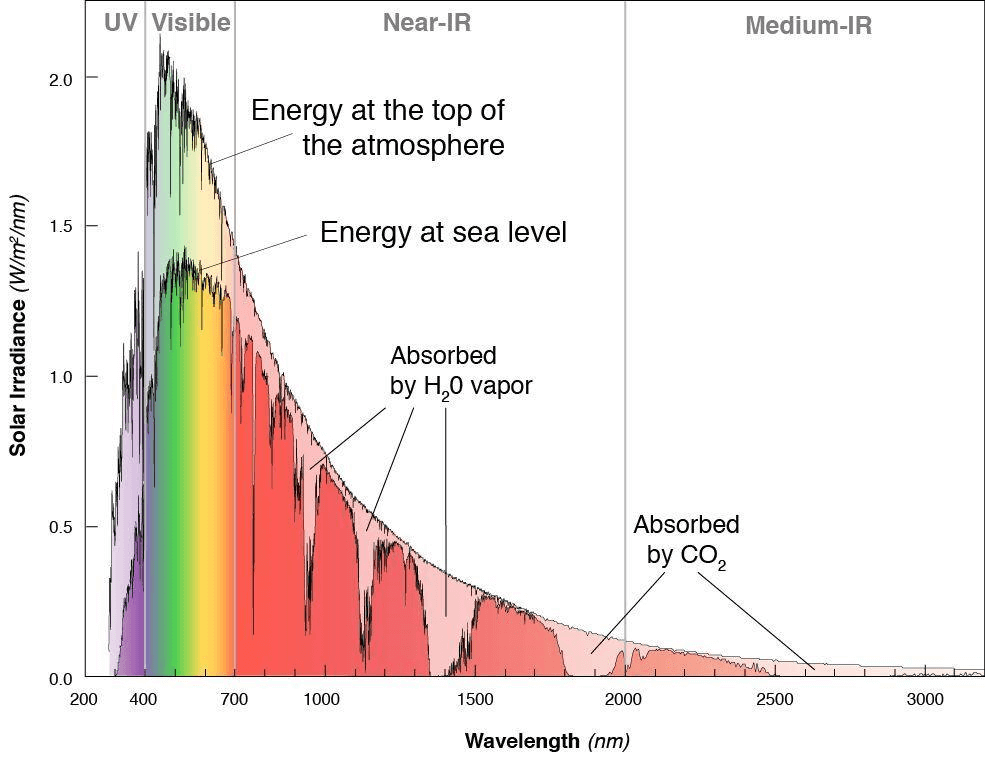 1. The Concept of Low-E Glass

Low-E glass——-coated low-emissivity material and metal oxide film on the glass surface to make the glass show different colors. Its main function is to reduce the U value of the glass, and at the same time selectively reduce Sc, and comprehensively improve the energy-saving characteristics of the glass. Low-E glass is also called low-temperature radiation coated glass. The energy saving of coated glass is achieved by changing the heat reflection characteristics of the glass surface. Due to the choice of different coating materials and film structures, two series of products are formed, namely heat reflection Coated glass and low temperature radiation coated glass.

There are two main manufacturing methods for Low-E glass:
(1) On-line high-temperature pyrolysis deposition method: It is to spray metal liquid or metal powder directly onto the surface of hot glass. As the glass cools, the metal film layer gradually becomes a part of the glass.
(2) Offline vacuum sputtering method: refers to the coating of a multilayer composite film on the surface of the glass. On-line Low-E glass can be used as a single piece or for deep processing such as tempering and hot bending. It can be stored for a long time and is not easily deteriorated. It is especially suitable for application in special-shaped buildings. And harsh environments. Offline Low-E glass has poor stability and cannot be used or stored as a single piece. Usually the float glass is now tempered and then coated with a Low-E film. After coating, the insulating glass must be synthesized immediately. Otherwise, the film layer will be oxidized in long-term contact with air and lose Low-E energy saving performance. In addition, off-line Low-E glass can be coated on glass substrates with a thickness of not more than 20mm, and can be produced in one time according to the required color. On-line Low-E glass is generally only coated on glass substrates with a thickness of 4mm, 5mm, and 6mm, and the color is only gray-blue and clear. The variety is simple and the selectivity is small.

(1) Excellent thermal performance
Relevant studies have shown that the heat transfer on the inner surface of the glass is dominated by radiation, accounting for 58%, which means that the most effective way to reduce the loss of heat energy by changing the performance of the glass is to suppress the radiation on the inner surface. The emissivity of ordinary float glass is as high as 0.84. When coated with a low-emissivity film based on silver, its emissivity can be reduced to below 0.1. Therefore, the use of Low-E glass can greatly reduce the transmission of internal heat energy caused by radiation to the outside, and achieve the ideal energy-saving effect.
(2) Good optical performance
Low-E glass has a high transmittance of visible light in sunlight, up to 80% or more, while the reflectivity is very low, which makes its optical performance greatly improved compared with traditional coated glass. From the inside to the outside, the appearance is more transparent and clear, which guarantees good lighting and avoids the light pollution caused by the light reflection of large-area glass walls and hollow glass in the past, creating a softer and more comfortable light environment.
(3)The transmittance of Low-E glass 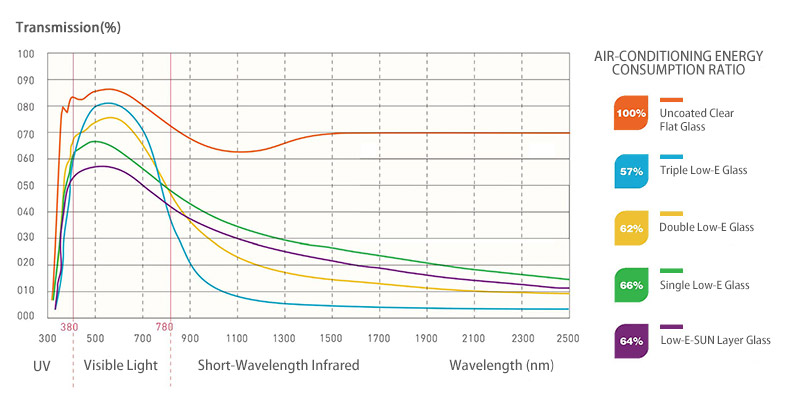 It can be clearly seen from the figure that, compared with coated glass, Low-E glass has a high visible transmittance, thus ensuring high day lighting performance, and at the same time has a very low infrared transmittance, which effectively blocks heat radiation.

As mentioned earlier, since offline Low-E glass will not be used in a single piece, usually Low-E glass is composed of two or more pieces of glass. Each piece of glass is sealed with silicone to seal the hollow cavity of the stroke, and the hollow cavity is filled dry air or inert gas. According to the principle of energy transfer, the heat transfer principle of Low-E glass is shown in Figure 4. When there is a temperature difference between the two sides of Low-E insulating glass, the heat is transferred from the high temperature side to the low temperature side through the components. 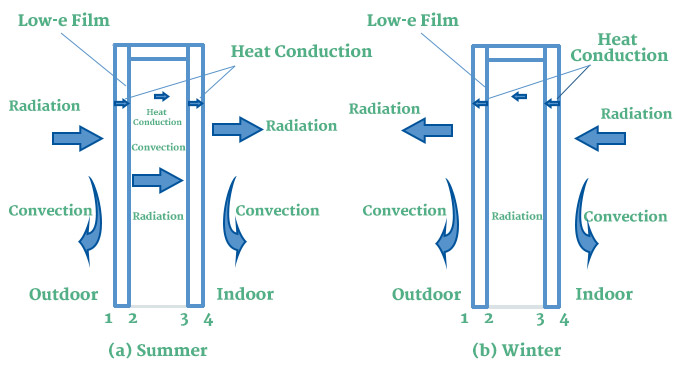 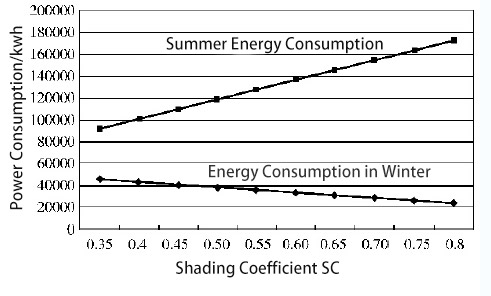 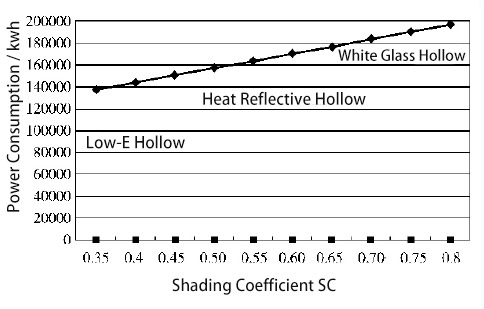 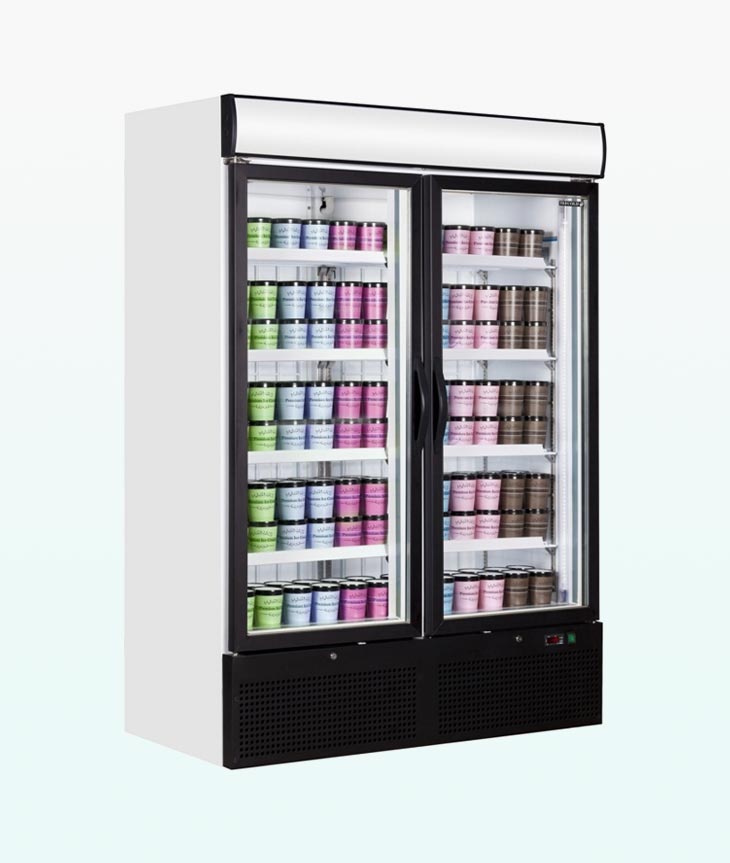 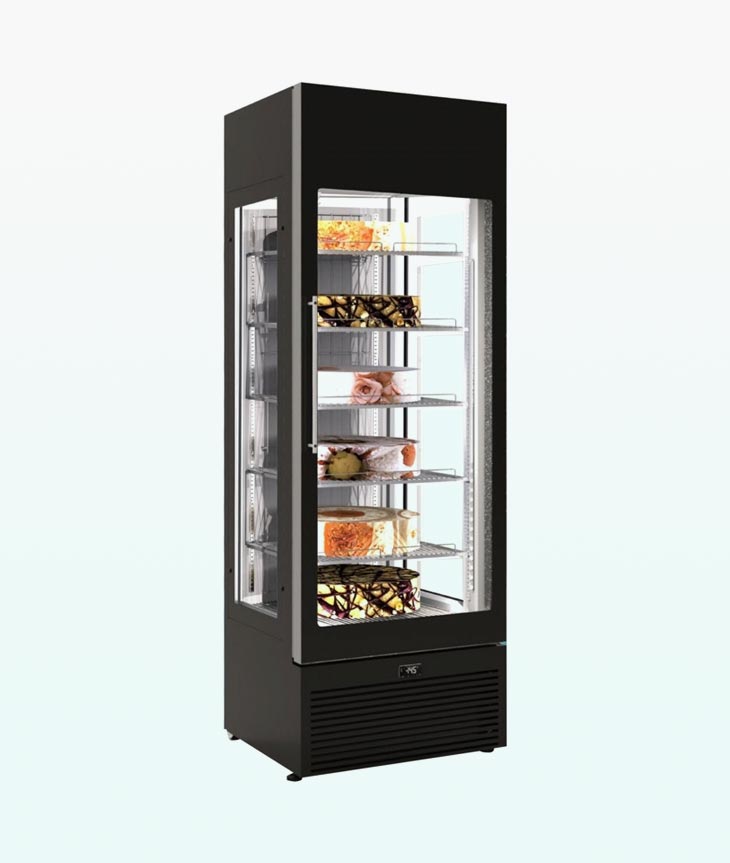 I can tutor your child and ensure they remain proficient in their core subjects, and enjoy learning along the way. I am a time served and qualified teaching professional, and I‘m ready now to help.